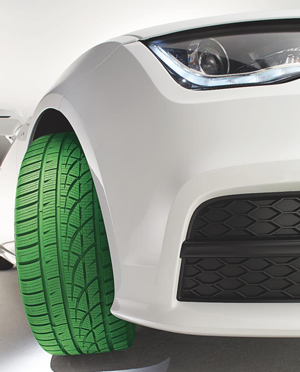 Styron, the global materials company and manufacturer of plastics, latex and rubber, today announced that it will convert its Nickel Butadiene Rubber (Ni-BR) production train in Schkopau, Germany, to Neodymium Butadiene Rubber (Nd-BR).

“The Nd-BR development allows us to further grow our rubber business, broaden our product range and maintain product leadership,” says Francesca Reverberi, Global Business Director of Synthetic Rubber, Styron. “The investment builds on the success of the third SSBR train in Schkopau that we brought on-line in late 2012, as well as the expanded capacity we took over earlier this year. These investments are all driven to serve our global tire customers.”

In February, Styron announced an agreement with material supplier JSR to acquire its production capacity rights at Schkopau, essentially doubling Styron’s capacity of one train.

“Schkopau, Germany, is the ideal location for Styron to make this investment because of its longstanding expertise in rubber technology,” says Marco Levi, Senior Vice President and Business President of Emulsion Polymers, Styron. “Styron invests continuously in R&D and production capacity to support our customers around the world.”

Nd-BR is a synthetic rubber used mainly in the production of tires as well as in a variety of other applications such as industrial rubber goods and polymer modification. The major trend in tires is towards low rolling resistance, which significantly contributes to improving fuel efficiency and reducing CO2 emissions. Nd-BR in ultra-high performance tires allows the increase of elasticity/endurance and durability of the wear which results in improved fatigue resistance and groove cracking resistance, better abrasion resistance, higher rebound resilience as well as a lower heat build-up under dynamic stress which ultimately leads to improved rolling resistance in tires.

This evolution in tire technology is accelerated by strict environmental legislation focusing on less fuel consumption and including minimum low rolling resistance. The mandatory performance labeling of tires, including a minimum rolling resistance, was formally introduced in 2010 in Japan, 2012 in Europe and is expected to be implemented in 2015 in China as well as in 2016 in North America and Latin America. As a result, the demand for greener, ultra-high performance tires is growing globally. Another key driver is coming from the major tire manufacturers who request material for ultra high performance tires.

Styron is a leading global materials company and manufacturer of plastics, latex and rubber, dedicated to collaborating with customers to deliver innovative and sustainable solutions. Styron’s technology is used by customers in industries such as home appliances, automotive, building & construction, carpet, consumer electronics, consumer goods, electrical & lighting, medical, packaging, paper & paperboard, rubber goods and tires. Styron had approximately $5.3 billion in revenue in 2013, with 19 manufacturing sites around the world, and approximately 2,100 employees. More information can be found at www.styron.com.

Any technical descriptions and product information provided in the above announcement are not legally binding. The quality, price and performance of our products will be specified in individual contracts with our customers. Unless otherwise explicitly agreed, the official product specification shall prevail in the form published from time to time.

May 21, 2021 Trinseo Announces Sale of Synthetic Rubber Business to Synthos S.A. for $491 Million
April 29, 2021 Trinseo and ETB to Collaborate on Development of Bio-Based 1, 3 Butadiene
February 02, 2021 The Automotive EV Revolution: Impacts and Challenges for OEMs, Tires and Materials
电子邮件订阅